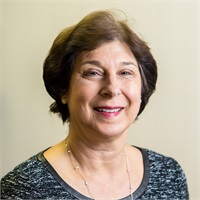 Anna Maria joined Hobbs Group Advisors in 2006 as a part time office administrator. After graduating from Wake Forest, she obtained her certification as a paralegal at The National Center for Paralegal Training in Atlanta, Georgia. Afterwards she moved to Columbia and was a paralegal for the McNair Law firm full time until 1986, and continued as a freelance paralegal until 2005. After her tenure as a paralegal, she served as a part time accounting assistant for a local business. Anna Maria also served as a kindergarten aide for 6 years at Satchel Ford Elementary. She is an active member of Holy Trinity Greek Orthodox Church. She and her husband Mark have 4 children.